SSD VS HDD: Which Should You Choose? 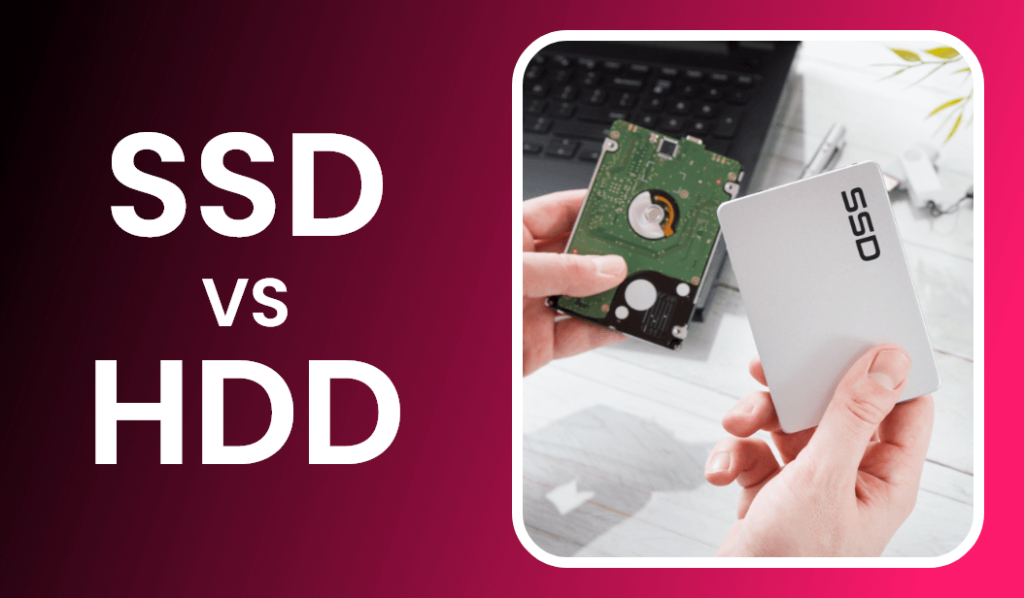 Are you running out of space? Has your hard disk been getting slow to a crawl? Or you are simply looking for optimal computer performance. It is time to update your hardware.

Choosing the right storage does not only mean comparing the cost and capacity and cost, but it also matters for the performance of your computer, including its power usage and reliability.

If you have bought an ultraportable laptop recently, you are very likely to have an SSD as a primary boot drive. Most gaming PCs and desktop PCs also have solid-state drives now. In some cases, a desktop comes with both an SSD as a boot drive and HDD as a bigger capacity storage supplement.

What if you have to choose one? Here in this guide, we are making a comparison between SSD Vs HDD, and we will also describe the advantages and disadvantages of each to help you make a better decision.

What Is a Hard Disk Drive (HDD)? 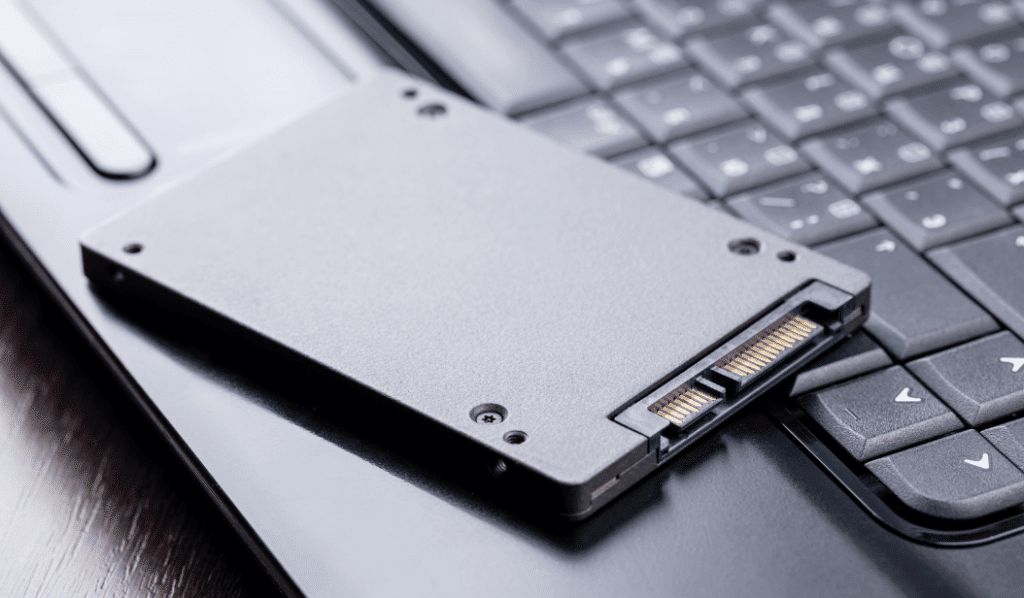 If you have a desktop PC, it is more likely to have a conventional hard disk drive (HDD) on which the operating system, applications you install and all the files and folders are stored.

This drive consists of a circular disc called a platter which stores all your data. This disc spins to allow the read-write arm to read or write data on the disc as it passes.

The faster the spinning of the platter, the faster the hard drive works. This speed decides the performance of your operating system and how long it will take to load and open an installed application.

What Is A Solid State Drive (SSD)? 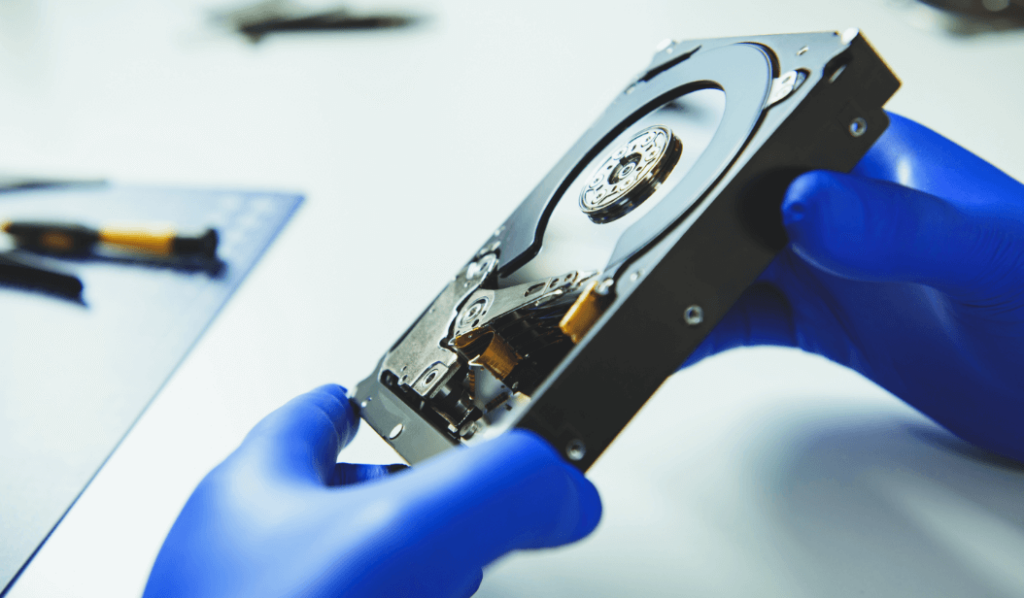 A solid-state drive or SSD is a relatively new storage technology, but it is still around for a while now, and if you have the latest model of a laptop, it’s likely that it uses an SSD.

As the name SSD suggests, unlike a traditional hard drive, it does not have moving parts. Rather it uses NAND (Negative-AND) flash memory. The more NAND memory chips are in an SSD, the more storage capacity it has. With the advancement in technology, SSDs tend to have more NAND chips than ever, which means SSDs can have capacities similar to HDDs.

In addition, many SSDs come with SATA III ports, which makes them easy to install in place of an HDD. Many of them come with a 2.5-inch format that is also the format of smaller hard drives. However, the maximum data throughput that a SATA III provides is 600Mbps/s, and it is fine for HDDs. Since SSDs are capable of faster speeds, it means if you have an SSD with a SATA III connection, it will impact the drive’s performance.

To avoid such issues, you should get SSDs with a PCIe connection. These drives drive into the PCIe lane of motherboards, providing much faster speeds. However, if you have a small motherboard, or use your PCIe lanes for graphics cards or sound cards, then you may not need an SSD taking up the lane.

Another connection that is becoming common in SSD is M.2. If your laptop has M.2, it is most likely using an M.2 connection, and most modern desktops also have motherboards with an M2 port. M.2 SSDs are smaller in size than others, SSDs which means they are easy to install without impacting other components.

Comparison Between SSD Vs HDD

This is the main difference but let’s dig deeper to know more so that you can understand which one is a better option:

In the comparison between SSD Vs, HDD speed is where we can see the most significant difference. Solid-state drives are a popular choice for users when it comes to speed. SSDs have always been faster in speed compared to HDDs. The technology of SSD is improving continuously, and the SATA III bottleneck is also removed, due to which the difference is now sharper than ever.

Many HDDs that are low in cost come with 5,400 RPM, which is the slowest speed. However, modern hard drive disks can achieve 7,200 RPM. You should do research and go for HDDs with Highest RPMs so that you can achieve the best performance. You may also find HDDs with 10,000 RPM or more, but these are hard to find and are more expensive.

The Speed of SSD and HDD is measured in megabytes per second for both reading and writing. There are other factors that determine the speed of a hard disk drive. But typically, SATA III hard drives at 5,400 RPM will provide a speed of 100MB/s while a 7,200 RPM has a speed of 150Mb/s.

In contrast, SSDs do not have any spinning parts, and their speed depends on the technology and data connection of the drive.

A solid-state drive with a SATA III connection can achieve 550MB/s read and 520MB/s write speed. The maximum speed that you can get with an SSD is 600MBs/s.

Thus, the speed of the SSD is four times more than the HDD. And if you use an SSD with better-optimized connections such as PCIe/M.2, you can get speeds ranging from 1.2GB/s to 2.2GB/s.

When choosing between an SSD and HDD, another noticeable difference that you will see is in the pricing. Typically, SSDs are more expensive than traditional hard drive disks.

However, you will notice that some SSDs are more expensive than others. The difference in the prices of SSDs is due to their technology. Old SSDs that use SATA III connection are cheaper than PCIe and M2 SSDs. Due to new technologies in the markets, certain SATA III SSDs are relatively inexpensive compared to traditional HDDs.

If you want to get a drive with more capacity, at least the amount of money, HDDs can be the perfect option for you. The manufacturing process of traditional hard drives shows that they are cheaper to produce, which makes them more affordable.

You can also get some large HDDs at low prices, but if you are going to save important files on the drives, it is better to check user reviews to find reliability.

When making a comparison between SSDs and HDDs, it is essential to compare their capacities because it is a primary difference in these drives. Generally, if you are looking for more storage space, HDD is your way to go.

The capacity of hard disk drives ranges from 40GB to 12TB for commercial hard drives, and you can also find larger capacities for enterprise use. Now you can get a 2TB hard drive at an affordable rate which offers you plenty of space. HDDs of capacities around 8TB to 12TB are primarily used for servers and NAS devices and in places where you need a large space for holding backups.

Generally, experts recommend having multiple smaller hard drives instead of having one large hard drive. It is because if there is any error in the drive, you may lose all your data. If you have saved your data on several files, the chances of losing all data at once are reduced.

Thus, HDDs are suitable for storing large files, which makes them good for saving images, videos and games.

In the beginning, SSDs were not able to store large files, but thanks to advanced technology, SSDs are now available with terabytes of storage. However, these capacities are present in premium SSDs that often come at a high price.

If it is possible, we suggest you go for smaller SSDs, around 160GB-256GBs, to run programmes such as your operating system, and then use an HDD to store large files where speed is not important.

SSD Vs HDD: Other Considerations

There are some other things that you should consider when choosing to buy an SSD or HDD. For instance, as SSDs do not have moving parts, they are more efficient, which makes them the better device for laptops and other mobile devices.

Furthermore, SSD also uses less power than HDD. It means your laptop may benefit from long battery life when using an SSD. However, it also depends on the type of SSD and how you use it.

So, if you think about whether an SSD or HDD is right for you, you can see that both of them have their own benefits and drawbacks. Although SSD is faster and more powerful, HDDs are more affordable.

As we described above, it is always better to get a smaller SSD for the operating system and other apps and a Large capacity hard drive disk storing large files.

Now you can find hybrid drives in the market known as SSHDs, which can be best for you if you do not have space for multiple hard drives on your device.

If you still need clarification about whether an SSD or HDD is better for you, let's sum up how SSD and HDD stack up against each other. We have provided a detailed comparison between SSD Vs HDD and found that SSD is more durable, faster, powerful and quieter. On the other hand, HDDs are less expensive and offer faster recovery in case of damage. If price is not an issue for you, you can go for enterprise-level SSDs that are more reliable and have larger capacities.

Read More : Best FTTP (Fibre to the Premises) Providers In 2022

Read More : What Is A Leased Line-Leased Line Explained 2022

Wan.io strives to provide you with the best-leased line services at an affordable price. Here you can also get a comparison of the UKs leading leased line providers.

All rights reserved by Wan.io 2021